Home Page Uncategorized Pronouns, I’m All For Them

Pronouns, I’m All For Them 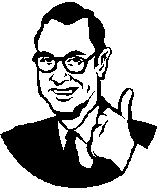 Pronouns, I’m all for them.

Pronouns are words which masquerade as nouns hiding in plain sight and indicating meaning to the reader. They substitute for specific nouns and are known as the noun’s antecedent.

An example would be:

When the bird warbles, it is happy. (It is the pronoun acting as the antecedent)

Sometimes pronouns will act as adjectives modifying a noun.

This pig is the cutest one. (The word ‘this’ is acting like an adjective describing which pig)

This all sounds easy enough—but wait a minute—did you know that pronouns can be: personal, possessive, intensive and reflexive, demonstrative, indefinite, and reciprocal.

So pronouns can be personal and refer to specific persons or things:

They can be possessive, indicating ownership:

Plural: our, ours, your, yours, their, theirs

Pronouns are reflexive when they identify the doer of an action with the receiver of the action. E.g. The girl injured herself. Girl and ‘herself’ denote the same person.

A list of singular and plural Intensive and Reflexive pronouns is as follows:

Singular: myself, yourself, himself, herself, itself

They can be Relative— meaning that they can act as part of an adjective which points back to a noun or pronoun that it modifies. E.g. The dog that bit him ran away. (The word ‘that’ at the start of the modifier refers back to which dog did the biting) Relative pronouns introduce subordinate clauses which are acting as adjectives. In the above example, ‘that bit him’ is an adjective clause describing which dog.

Relative Pronouns are: who, whom, whose, which, that

Pronouns can also be Demonstrative: These are words which can function as nouns or used to identify nouns in the form of an adjective.

Some examples are: this, that, these, those

An example sentence is: This is my favorite classroom.

In the above sentence ‘This’ is functioning as an adjective denoting which room is my favorite.

Right when I thought I had heard it all I discovered that there are two more ways in which pronouns are classified:  Indefinite and Reciprocal.

Indefinite pronouns are used to refer to nonspecific persons or things. They can be singular like ‘everyone’ and ‘each’ or plural like ‘both’, ‘many’. Occasionally they can be both.

Indefinite pronouns include the following: all, another, any, anybody, anyone, anything, both, each either, everybody, everyone, everything, few, many, neither, nobody, none, no one, nothing, one, several, some, somebody, someone, and something.

Reciprocal pronouns refer back to the antecedent. E.g. By turns; they helped each other through the maze.

Reciprocal pronouns are words such as: each other, one another

All this information about pronouns has boggled my brain, but I find I am in good company. Many writers have problems with pronoun-antecedent agreement, Pronoun reference, and the Case of nouns and pronouns, as well as the Case of ‘who’ and ‘whom’. So, don’t feel alone out there.

So much information to learn and gather. Writing well is not as easy as I thought. I’m definitely “All for Pronouns” and especially in my writing. Now, I think I’ll go check something out I wrote earlier and see how I used those pesky pronouns. Next time we’ll show some real action with Verbs.

PS. I am not an English Scholar, most of the information I am sharing with you is derived from a wonderful book on writing entitled, A Writer’s Reference, 3rd edition, by Diane Hacker. I highly recommend this book to any and all writers out there who, like me, are seeking to broaden their knowledge base. It is an easy to read text filled with much good information.