Joey and Rory Feeks song When I’m Gone. They are like The Gliders.

I love this song and this lovely couple. She passed away in 2013 of cancer, but what a legacy she left. Children, her smiles, her love, still lives in the heart of her family and friends. Joey, thank you for the difference you made in so many lives. On Kindle, the book The Gliders is about a man whose wife has passed away. He arrives at home and sits on the glider on the porch and rocks gently. He remembers times with his family and the love of his life. Life goes on, the cycle goes on. We go on. Please watch this and then take the time to go get The Gliders. May it bring you comfort, and reassurance that life does continue and each of us leaves a legacy. What will be yours?https://youtu.be/xcpjSMmWUDw

The Fifth Dimension Sings The Declaration of Independence:

The Declaration of Independence, 1776

By issuing the Declaration of Independence, adopted by the Continental Congress on July 4, 1776, the 13 American colonies severed their political connections to Great Britain. The Declaration summarized the colonists’ motivations for seeking independence. By declaring themselves an independent nation, the American colonists were able to confirm an official alliance with the Government of France and obtain French assistance in the war against Great Britain.

Throughout the 1760s and early 1770s, the North American colonists found themselves increasingly at odds with British imperial policies regarding taxation and frontier policy. When repeated protests failed to influence British policies, and instead resulted in the closing of the port of Boston and the declaration of martial law in Massachusetts, the colonial governments sent delegates to a Continental Congress to coordinate a colonial boycott of British goods. When fighting broke out between American colonists and British forces in Massachusetts, the Continental Congress worked with local groups, originally intended to enforce the boycott, to coordinate resistance against the British. British officials throughout the colonies increasingly found their authority challenged by informal local governments, although loyalist sentiment remained strong in some areas.

Despite these changes, colonial leaders hoped to reconcile with the British Government, and all but the most radical members of Congress were unwilling to declare independence. However, in late 1775, Benjamin Franklin, then a member of the Secret Committee of Correspondence, hinted to French agents and other European sympathizers that the colonies were increasingly leaning towards seeking independence. While perhaps true, Franklin also hoped to convince the French to supply the colonists with aid. Independence would be necessary, however, before French officials would consider the possibility of an alliance.

Throughout the winter of 1775–1776, the members of the Continental Congress came to view reconciliation with Britain as unlikely, and independence the only course of action available to them. When on December 22, 1775, the British Parliament prohibited trade with the colonies, Congress responded in April of 1776 by opening colonial ports—this was a major step towards severing ties with Britain. The colonists were aided by the January publication of Thomas Paine’s pamphlet Common Sense, which advocated the colonies’ independence and was widely distributed throughout the colonies. By February of 1776, colonial leaders were discussing the possibility of forming foreign alliances and began to draft the Model Treaty that would serve as a basis for the 1778 alliance with France. Leaders for the cause of independence wanted to make certain that they had sufficient congressional support before they would bring the issue to the vote. On June 7, 1776, Richard Henry Lee introduced a motion in Congress to declare independence. Other members of Congress were amenable but thought some colonies not quite ready. However, Congress did form a committee to draft a declaration of independence and assigned this duty to Thomas Jefferson.

Benjamin Franklin and John Adams reviewed Jefferson’s draft. They preserved its original form but struck passages likely to meet with controversy or skepticism, most notably passages blaming King George III for the transatlantic slave trade and those blaming the British people rather than their government. The committee presented the final draft before Congress on June 28, 1776, and Congress adopted the final text of the Declaration of Independence on July 4.

The British Government did its best to dismiss the Declaration as a trivial document issued by disgruntled colonists. British officials commissioned propagandists to highlight the declaration’s flaws and to rebut the colonists’ complaints. The Declaration divided British domestic opposition, as some American sympathizers thought the Declaration had gone too far, but in British-ruled Ireland it had many supporters.

The Declaration’s most important diplomatic effect was to allow for recognition of the United States by friendly foreign governments. The Sultan of Morocco mentioned American ships in a consular document in 1777, but Congress had to wait until the 1778 Treaty of Alliance with France for a formal recognition of U.S. independence. The Netherlands acknowledged U.S. independence in 1782. Although Spain joined the war against Great Britain in 1779, it did not recognize U.S. independence until the 1783 Treaty of Paris. Under the terms of the treaty, which ended the War of the American Revolution, Great Britain officially acknowledged the United States as a sovereign and independent nation.

*This information gathered from The United States Office of the Historian, Washington, DC.

Something Good to Read 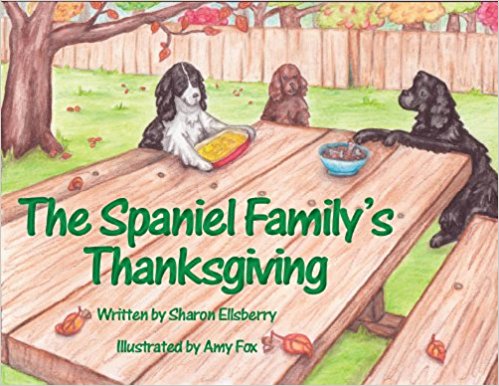 We Should All Give Thanks Every Day

Maggie, Joe, and Daisy are up to their usual antics. This time they are set on celebrating Thanksgiving with their friends. Not just their doggy friends, but others as well. The adventure begins with a trip out the loose board in the backyard to the grocery store and proceeds from there. See if you can recognize who will like what food. It is a book which teaches us all, adults and children alike the importance of being thankful for what we have and what we can share. As a plus, Sharon has added a history lesson at the back of the book about the origins of Thanksgiving. Her books are always geared to teach as well as entertain. Thanks, Sharon for another fun adventure with the Go Spaniel family. 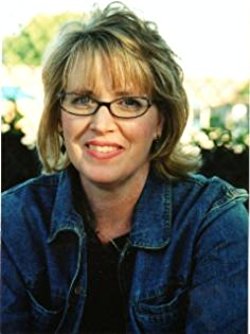 Prior to the publishing of her first book, Sharon had a long career in the Gift and Decorative Accessories Industry. Sharon is also a speaker who entertains and teaches children through the lesson in each of her books.

I have read all of her books and been so impressed by how each book has a song or a lesson, or a glossary. She and her books are the total packages for anyone who wants to give a gift or expand the world of children everywhere. 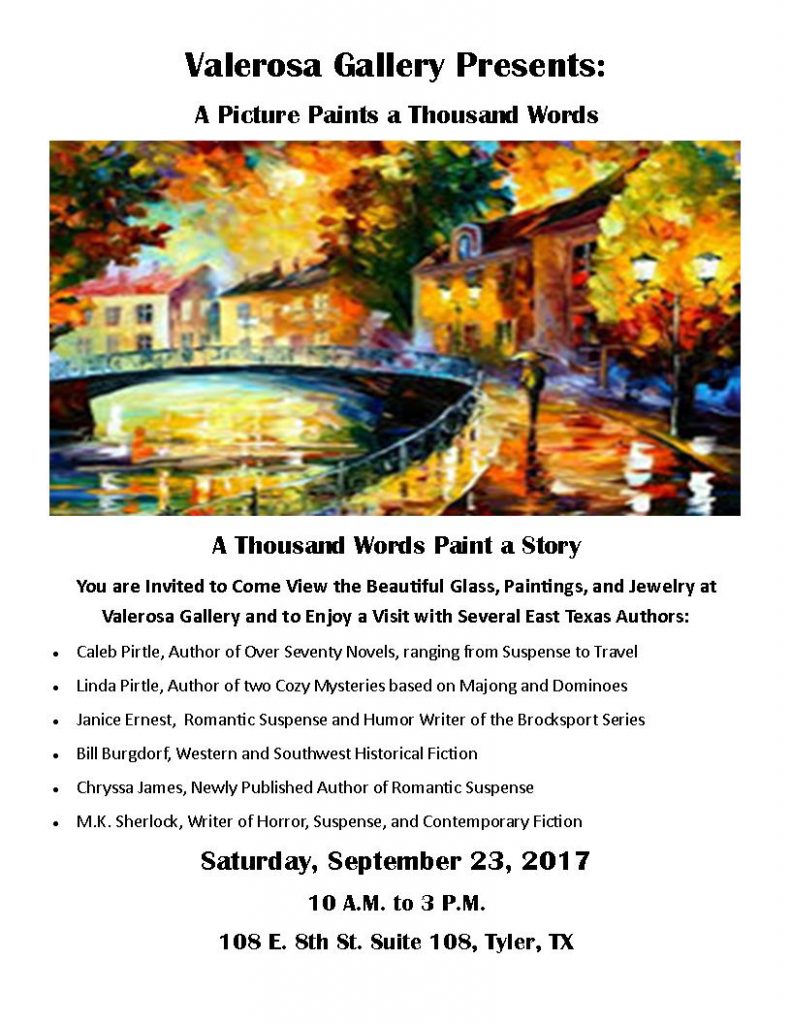 Some People Say It Cannot Be Done, But Just Do It!

Have you ever noticed that whenever someone is successful all those around them are ready to declare that success was easy? But those same people before you begin are the very naysayers who say, “give up now; it’s too hard, no one has ever done it before.”

forecast all of the troubles and obstacles which will block the way to your goal.  They’ve always given up before they even tried. Now, is your time to show them that what looks like impossible can be done. First, you have to start. Second, you move forward, one step at a time. Third, take rest as needed, Four, don’t be afraid to reassess and be flexible.

Probably everyone out there has heard the old saying, “If life gives you lemons; make lemonade.” When setting those goals we’ve been talking about in the last few weeks, did you suddenly discover that some of the things which you thought would be so easy to accomplish wound up showing you how much you need to do to even reach the small ones? Did you get depressed and throw away the notebook? Did you give up?

Success Blog #4 Your Journey, a podcast for Your Success

Click on the blue link to hear Coach Nikki B and Janice Ernest discuss success and how it is important to spend time on your plan.

Success Blog #3 Now that You Know What You Really, Really Want, Remember:

Rome wasn’t built in a day. The light bulb wasn’t invented on the first try. So how did those things come to be? Trial and error, success and failure. You see, as you begin to work on your goals, you will find times when they are not working out as you thought they would, or that they are not taking you where you really want to go. So, now what?

Here is your answer. Now that you have a set of goals to look at, the evaluation and redirection process becomes easier. In my own case, figuring out who the buyer is for my books is one of my goals. After asking some questions, and spending a little time checking out the competition, I have learned that I was looking at the wrong age group. I had been blogging and marketing toward the wrong people. Oops.

Lucky for me, since I have begun a plan, I understand to take things one step at a time and if something isn’t working, then change it. I control my goals and I control my destiny.I really like what Coach Nikki B. had to say this week about not losing focus or getting so narrow in your thinking that you can’t maneuver. Know that success in any endeavor is not necessarily easy, but it doesn’t have to be painful either, just one step at a time.(Keep in mind, us creative folks like to flow through our thoughts like paddling a kayak on a lake, taking in all the scenery along the way, feeling the breeze and the freedom of the space around us.)

The same will work for you as we travel on this journey together. Also, as you complete some goals, don’t forget to set some new ones and use your mental compass to get you going in the right direction again. ,

Well, I’ve got to go for now. Resetting my marketing today. Don’t let your failures keep you down. Make note of them, learn from them. Don’t waste a lot of time on them. There is a whole world of options out there waiting for you. Just remember, “One Thing at a Time.”

Signing off with a video to lift your day. If you would like to leave a comment, scroll down to the blue border Leave a Reply box and type in your thoughts. Have you started your goals list? Have you reassessed it yet? What has it shown you so far?

Blog #2 Success Series Stepping Up and Stepping Out

If you read last week’s blogs by Nikki B. and myself, you saw the first steps you need to take to reach happiness and satisfaction.
Now that you’ve written down what would be your perfect day and your gifts and talents and hobbies, we can get down to the work.
When I first started the magazine WhileUWait, the learning curve was extreme. In order to produce a magazine, I had to have: